BTC premiership side, Jwaneng Galaxy Football Club, have refused to take back their former goalkeeper, Ezekiel Morake, Gazette Sport has established.Instead, the side that Morake sought advised him to return to honour the remainder of his contract with their South African namesake, first division side TS Galaxy,

This publication understands that the 23-year old goalkeeper did not report for camp at TS Galaxy after the Christmas break when he attempted to rejoin Jwaneng Galaxy. According to those in the know, Morake and team mate Mosha Gaolaolwe are fed up with their shabby at their SA side.

For instance, the two are currently paid less than what they were paid during their BTC Premiership days at their respective former clubs. Their frustrations have are worsened TS Galaxy’s reluctant to increase their salaries.

Contacted for comment, Jwaneng Galaxy mouthpiece Tankiso Morake (no relation of the player) responded: “Yes, it is true that we met with him (Morake) as the executive management and told him to go back to TS Galaxy until his contract expires or the team decides to sell him. He has a contract to respect with that team.”

Morake, however, would not say why the player wanted to return to Jwaneng Galaxy.
Apart from their measly salaries, another sore point for the players is that they did not receive any signing-on fees when they got to South Africa, which immediately created an atmosphere of uncertainty for them at a time when they had to contend with adjusting to a new environment.

Morake and Gaolaolwe joined TS Galaxy in July last year alongside Thero Setsile who has since rejoined Jwaneng Galaxy.
Meanwhile, this publication has it on authority that Gaolaolwe has handed his transfer request to the TS Galaxy, citing that his mother’s poor health and his need to be close to her as reasons. 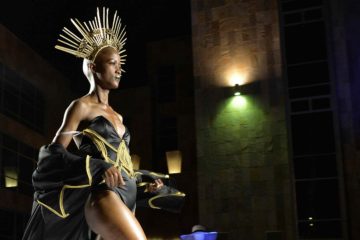