Security Systems coach Daniel ‘Chicco’ Nare has revealed that their hands are tied in terms of maintaining players’ fitness during the current COVID-19 lockdown. The coach told this publication that movement restrictions have made it hard for the players to try to start training on their own, as a result his club has no supervision in place as the COVID-19 measures have rendered them powerless in terms of monitoring their players.

All forms of football where initially suspended until April 10 but the Botswana Football Association has since extended the suspension to April 28 while also observing the government lockdown. The lockdown has begged the question of whether or not players are still working hard to maintain their fitness levels while awaiting the fate of the 2019/2020 season. According to Nare, keeping a close eye on players is “extremely difficult” for coaches.

“Honestly speaking, there are no programs we have lined up, it is impossible to keep track of the players’ fitness and training routines. All of our players live in rented houses, most of those houses are in controlled areas whereby there are no yards, with everyone not being allowed to take walks outside or jog, the players are not in an ideal position to train as much as they want. With all that said, the most important thing is that we all have to abide by the advice and restrictions placed by the government because our health and safety comes first,” Nare stated.

“We are now banking on the end of the lockdown at the end of the month, that will guide us going forward,”Nare added. The Systems coach also revealed that most coaches within the league will consider requesting for a two week grace period once the league is given the green light to resume. He is of the view that the proposed two week period will give all teams a chance to run the players through the paces to regain full fitness and resume the season.

Meanwhile, this publication has been informed that if the league remains suspended until June, there could be a July period whereby the teams will be allowed to play out the remainder of the 2019/2020 season in July. There are also reports that, going forward, the local league could be rescheduled to fit a January to December period with all the cup competitions in mind.

Responding To Covid-19: We Expect “Blood, Sweat, Toil And Tears” From The President 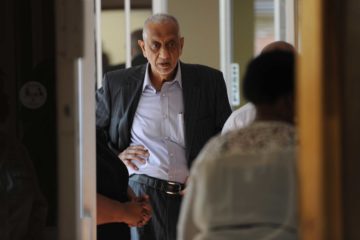