The women’s softball national team have taken their preparations to another level in their efforts to be the first African team to make it to the Tokyo 2020 Olympics, the teams Head of Delegation Molekane Bokhutlo, has said.

The local ladies will compete at the second and last round of Olympic qualifiers which are the World Baseball Softball Confederation (WBSC) Europe/Africa softball qualifying event. The games are billed for Utrecht, Netherlands between the 23rd and 27th of July, the local team is expected to depart next week Thursday (the 18th). They made it to the competition after emerging as champions at the Africa team qualifiers which were held in South Africa earlier this year.

Speaking in an interview with Gazette Sport, Bokhutlo noted that they have since decided to intensify their preparations as they want to be a force to be reckoned with Utrecht. “We have not been on a full time training camp as we have been training in the evening only because the bulk of our team is made of players who are working and it has been difficult for their employers to release them,” he said. “But we have since reported for full time training camp today (Monday) until we depart. We will train three times a day.”

Bokhutlo went on to highlight that as the technical team, they are satisfied with the players’ performances in training. “They are very determined players who always look hungry for success, every member of the team wants to win and make it to the Olympics,” he stated.

He however said the team needs to work on their offense if they wish to make it to Tokyo 2020 Olympics. “Offense is a big problem for our African teams in Softball, even at the just ended World Championships our men’s team struggled in offense and that is the same problem faced by our ladies team. I think in the next few days we will have to work on our offense because if we can improve on that we will be able to match our opponents.”

Botswana will be joined by South Africa as the second African team, they will tussle with European teams such as Great Britain, Netherlands, Italy, France, Czech Republic and Spain. The teams will be split into two groups for the opening round, the best softball team across Africa and Europe will earn a spot at the six-nation softball event in the Tokyo 2020 Olympic Games. 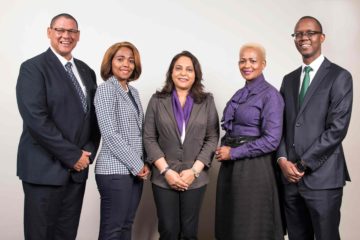