The event was held at the historical earth station hosting millions worth of digital investments such as the country’s first Uptime Tier Certified Data Centre and others.

VSATs are commonly used to transmit broadband data, for the provision of satellite Internet access to remote locations, Voice over Internet Protocol (VolP) or video.

“Our satellite beams signals across the entire country, delivering the capacity and frequencies required for a range of advanced broadcast and broadband services including Direct to Home TV, video distribution to cable head ends, satellite broadband internet. Our connection thus brings you to the world at the speed of up to 200Mbps, unmatched in the market today,” said BTC Managing Director, Anthony Masunga.

He noted that this hi-tech platform will enhance diverse industries such as agriculture, tourism and mining which are located outside Gaborone. The VSAT platform transmits to hostile remote areas with ease, providing high speed Internet.

“Services emanating from our advanced platform can be deployed almost anywhere, making it ideal for business continuity and connectivity in remote, hard to reach locations and temporary sites such as mobile banking and construction,” Masunga said.
The historical digital evolution launch was attended by different stakeholders from the private and public sectors with Minister of Transport and Communications Dorcas Makgato as the guest of honour.

“We commend BTC’s willingness and preparedness to go the extra mile in shaping the future of the industry introducing new innovations that can intelligently facilitate access and connectivity to all Batswana for a better future,” said Minister Makgato.
The Minister stated that through this development, BTC has made a technological investment that will enable digitisation and ensure ICT access to any part of the country, including what is termed ‘hostile terrains’.

“As a Government, we embrace digital technologies as key enablers of both social and economic development,” Makgato.
The establishment of the VSAT has positioned BTC mobile as the leading internet provider in the country and region. 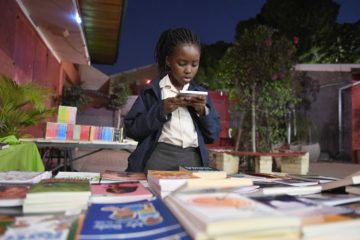