But Motswedi warns that pre-Christmas is a time for caution

But Head of Research Garry Juma and researcher Salome Makgatlhemake make a hint of caution: “We are yet to see if the current demand will be sustained, but we note that the demand is mostly coming from the institutional investors,” they write in a joint review. “Our biggest concern is the behaviour of retail investors, especially as we head towards the last quarter of the year and more especially towards the festive season. Shareholders in the name tend to offload shares in order to raise cash to fund their obligations.”

Given the uniqueness of BTC in that it is largely a retail stock with an approximate 35 percent of the total shareholding in the hands of individual investors who are exclusively citizens of Botswana, the two say volatility may be expected.

In August, the number of shares traded in BTC shrank slightly to 1.33 mIlion shares from 1.66 million seen in the prior month. The share price also experienced a decline of 1.1 percent in the month for the third consecutive month to P0.87 per share. As a consequence of both the reduction in the traded volumes and the share price value loss, turnover also took a step back to P1.16 million from P1.47 million in July 2019. Between January 2019 and 30 August 2019, BTC has traded P10.78million worth of shares.

This compares to P24.6 million shares which traded during the same period in 2018. According to the Motswedi researchers, it is worth noting that BTC has been trading in almost every trading session in the month of August, with daily trading parcels averaging 60,861 shares. On the other hand, in September, liquidity in the name has definitely picked up, with over 1.32 million shares trading so far vis-à-vis the 800,000 traded in the same period last month. This is also generally close to the 1.33million shares traded in the whole month of August.

“For now, investors’ eyes are on the half-year financial results due some time before the year ends,” the researchers say. “There is some degree of expectation that the numbers published for the half-year period will be improved, given the ongoing implementation of the company’s strategy.”

In the week just ended, BTC gained 3 thebe to P0.91/share, which is testament to the increased demand, and was the most traded stock, moving 495,000 shares. The stock closed the week with bids still at P0.91/share. The “best price” as presented by the local stock exchange was 9 thebe above market at P1.00/share. With these gains, BTCL continued to shrink its losses for the year, with the year-to-date now at -4.2%, with the share price a number of steps shy of reaching its year opening price. 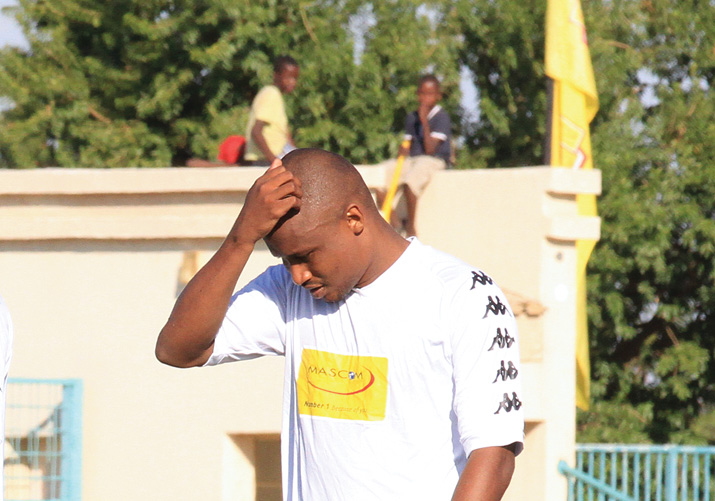