Investigations, News
2 months ago
by Admin
0 0 0 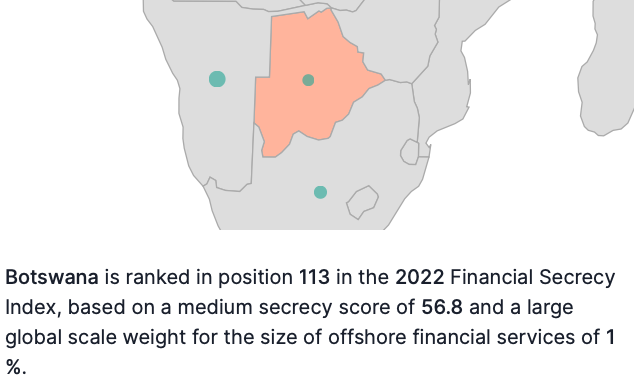 The latest, Financial Secrecy Index 2022, notes that the supply of financial secrecy services like those utilised by tax evaders and corrupt politicians has continued to decrease globally due to transparency reforms.

The Financial Secrecy Index ranks each country based on how intensely the country’s financial and legal system allows individuals to hide and launder money extracted from around the world. The index grades each country’s financial and legal system with a secrecy score out of 100 where a score of 0 is full transparency and a score of 100 is full secrecy.

The country’s secrecy score is then combined with the volume of financial services the country provides to non-residents to determine how much financial secrecy is supplied to the world by the country.

In an interview with this publication, the Dr Abraham Sethibe, a former director of the Financial Intelligence Agency (FIA) who is now with University of Botswana, has expressed optimism that the country’s ranking will improve with time. “It is not what I expected, given Botswana’s latest developments in areas of concern,” Dr Sethibe said. “There is a possibility that the assessment may have been done prior to the improvements in our country.

“There have been concerns around banking secrecy, tax evasion, money laundering gaps and registration of companies’ legislation in relation to beneficial ownership and trusts, among others. All these gaps have been addressed. But our biggest challenge as a country has always been implementation.”

Nevertheless, he added that Botswana should tighten its nuts and bolts because other countries are also doing their best to improve their rankings.

The 2022 edition of the Tax Justice Network’s biennial Financial Secrecy Index sees some of the world’s biggest economies climb up the ranking. The US has topped the chart this year, earning the worst rating ever recorded since the ranking began in 2009.

Botswana has been battling serious issues in so far as illicit financial flows is concerned and has had to bear penalties from the international community.

In its plenary held on 21st October 2021 in Paris, the Financial Action Task Force (FATF) removed Botswana from its grey-list of jurisdictions. The intergovernmental body concerned with money laundering, terrorism financing and other illicit money flows cited improvements in Botswana’s handling of its anti-money laundering (AML) and counter-terrorist financing (CTF) regimes, having initially grey-listed the country in October 2018.
Botswana holds an FSI value of 80, which is a measure of how much financial secrecy the jurisdiction supplies resulting from a combination of the jurisdictions’ Secrecy Score and Global Scale Weight. 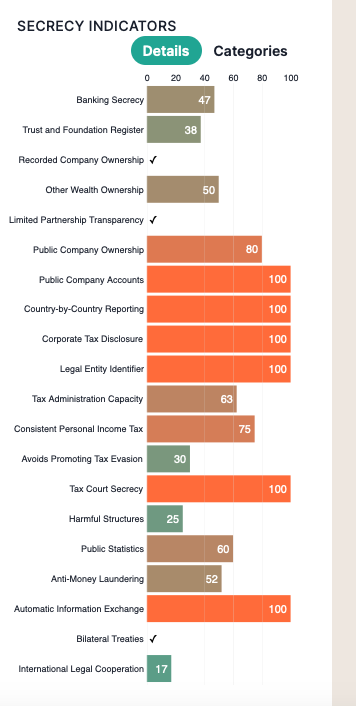