In Gilson Saleshando’s view, no one should touch Ian Khama with a long pole because the reprobate is beyond redemption. The son Dumelang returns that because politics is a numbers game, consorting with anyone who brings in the numbers is justified. The differences between these stalwarts of Botswana’s opposition are what could undermine electability and wreck coherence – once again – in the coalition experiment. LETLHOGILE MPUANG reports

Just a few days after the vice president of the Umbrella for Democratic Change (UDC) publicly owned up to working with former president Ian Khama, his father says the UDC will split because of its treacherous bromance with a man who had a hand in the killing of John Kalafatis in May 2009.

In an audio intercepted by The Botswana Gazette Gilson Saleshando minces no words in accusing the leadership of the UDC of hypocrisy.

Although Khama and Gilson Saleshando’s son, Dumelang, have for years been business partners as shareholders in controversial tourism giant Wilderness Safaris, the two men shared a table for the first time in public last weekend at Ramokgonami Primary School where they jointly launched UDC parliamentary candidate Dr Kesitegile Gobotswang of the UDC.

In a moment notable for its improbability, Khama expressed delight that he was working with Dumelang, saying it was something that he never thought could happen. The controversial former president went on to characterise the Botswana Democratic Party (BDP) as the common enemy of both his newfangled Botswana Patriotic Front (BPF) and the UDC.

Whereupon right on cue, Dumelang acknowledged the UDC’s cohabitation with its erstwhile nemesis, Khama, saying politics was a game of numbers and that they were after numbers as politicians. He proceeded to praise Khama, extolling his virtues as the one person who had played a major role in uniting and saving the BDP from collapse. “We also want the Bamangwato Paramount Chief to fight in our corner because whomsoever wants the BDP out of power fights in our corner,” he said. He also posited last week that since Khama was no longer the President, he ceased being his priority.

Dumelang was mimicking what his superior, UDC President Duma Boko, has been saying for some time, thus putting paid to sentiments held by opposition puritanicals that he may offer hope of saner judgement than consorting with Khama for whatever reason.

Among these are Dumelang’s father, Gilson, who once held his son’s present position of president of the Botswana Congress Party (BCP). In the leaked audio, Gilson says he and other veterans of the opposition are extremely unsettled by the new bromance between the UDC and Khama whom he says has no place in the country’s opposition circles.

Gilson said the opposition should never have welcomed Khama if he had been without a party. Khama advisors also knew that he would never be welcomed in opposition ranks, hence they advised him to form his own party. “Let’s say the opposition wins these elections,” says Gilson in the audio. “Ian would have caused big problems for the opposition. There are so many people that Ian has frustrated in life. Some are BCP members and some are BNF members.

“One of the people that will never forgive Ian Khama is Maswibilili (former BCP vice president Batisani). He will never forgive Ian, no matter what. Maswibilili just doesn’t want to be a part of it, but he remains there as a member of the party and he is my best friend. He (Khama) would have caused some serious problems for both the BCP and the BNF since they are the two big parties in this opposition movement.”
The former MP for Selebi-Phikwe West goes on to boldly accuse the former president of having had a hand in the death of crime suspect John Kalafatis, who was gunned down gangland style at a neighbourhood shopping mall in Gaborone on May 13, 2009. He adds that welcoming Khama into opposition politics paints the UDC leadership clearly hypocritical. However, Khama has denied any involvement in the death of Kalafatis. He also denied that the DISS was involved since the court found some Botswana Defence Force (BDF) officers to have been guilty.
“For me, leaving the Maswibilili issues aside, my issues with Ian are different. I honestly believe that Ian killed Kalafatis, though I do not have proof. I believe that it doesn’t matter what he does, he should not be forgiven. The AP (Alliance for Progressives) and other opposition movements are saying we left the BDP because of this man, and now your (UDC) leadership is flirting with the same man.
The senior Salehando warns at the end of the audio: “This issue has seriously unsettled us. It is very wrong and it worries us. I saw Boko entering into this thing without considering what people are saying. Selo se se njetse nama le masole a mmele. People have already warned us, some BNF and BCP, that if Ian is part of this thing, then they will choose to stay away. You can never ignore such comments.”
Gilson’s remarks follow a few months after BNF veterans issued a statement warning against Khama’s association with the party. They strongly condemned any dealings, including financial support and endorsement, with the former president in UDC and even BDP strongholds.
Political analyst Leonard Sesa attributes the behaviour of UDC leaders to election fever. “It’s common that ahead of elections, parties take decisions that are not really well thought out and mostly without consultation, and the UDC is a classic example of this,” says Sesa. “This decision to form an alliance with Khama and the BPF was done without consultation and it is something that some people within the opposition are still shocked about.
“It is a marriage that does not have the blessing of the parents. The big question is whether the UDC is ready to give Khama and the BPF what they want in case they win the elections. What is the agreement between them and the UDC? Or is it something which is being kept away from the public. If there are no proper agreements, the two could be headed for a very nasty divorce after the elections.” 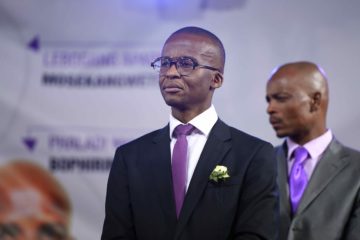