Because DISS is a bunch of unthinkingly enthusiastic bodyguards who lack intelligence, a UDC government would lose no time dismantling it.

A UDC government would immediately dismantle the Directorate on Intelligence and Security Services (DISS) and repeal the law establishing it, the party’s president Duma Boko has said.

In an exclusive interview with The Botswana Gazette recently, Boko said dismantling DISS would not be difficult. “These guys come from the Botswana Police Service (BPS), the Directorate of Corruption and Economic Crimes (DCEC), the Botswana Defence Force (BDF), the Botswana Unified Revenue Service (BURS) and the Botswana Prisons Services (BPS),” he noted. “We will simply re-deploy them back there.”

Boko said Batswana are in a situation where they are scared of everything and everyone because institutions like DISS themselves are rotten and cannot be reformed. “DISS is so rotten and compromised that it is being deployed for political and personal reasons,” he emphasised.

He charged that DISS does not even have the criminal detection expertise as outlined in the Criminal Procedure and Evidence Act which spells out who can do what and how, hence the police are drilled in this law and similar things.

“And then there is the DISS,” Boko pressed on. “What do they know? Most of them never underwent training. That’s why they are rogue and are the law unto themselves operating in an unregulated environment. They beat up suspects and dump them on the police and run away. They always leave the police to cover up for them and demand concealing their identities. Why do they arrest them in the first place? Section 5 of the constitution lays down the circumstances under which arrests can be made.”

According to Boko, crime detection is the mandate of the police who need to be better resourced. However, the police are impeded by people who do not know what they are doing. “They have a Criminal Investigations Department (CID) which has been doing a better job way before DISS came,” he added.

In his view, Military Intelligence (MI) of the Botswana Defence Force can do a better job which if properly resourced. “What threats are there in Botswana? There is no terrorism. There is no national security risk,” he said, adding that what Botswana needs is an elite central intelligence processing area where reports from all units and departments can be processed. Boko said this would obviate doing things on the basis of wrong intelligence such as recent claims about threats to the President’s life.

He dismissed DISS operatives as a bunch of bodyguards who are good with weapons and masculinity but lack intelligence. “In the award of tenders, DISS gets involved,” he noted. “They do vetting in serious financial matters in which they lack expertise.

“And being a politically aligned institution, they lack objectivity. They are involved in vetting immigration visas. Because of this, investors have been harassed, costing the country much needed Foreign Direct Investment (FDI),” Boko asserted. 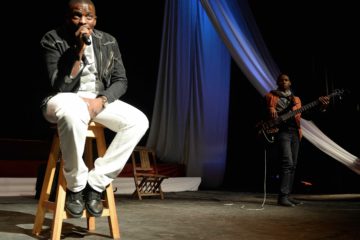