Masisi has international obligations that he must meet because failure to do so has domestic ramifications and vice versa, writes GALALETSANG DINTSI*

President Mokgweetsi Masisi finds himself at a predicament where he has to manoeuvre through the complex interplay between the domestic and the international divide.

The Logic of Two-level Games” postulated that “each political leader appears at both game boards. Across the international table sit his foreign counterparts and at his elbows sit diplomats and other international advisors. Around the domestic table behind him sit party, and parliamentary figures, spokespersons for domestic agencies, representatives of key interest groups and the leader’s own political advisors”. Putman’s logic of two-level
games is better explained by the current situation here in Botswana where there is clearly a competition between the equally important divides policy – the domestic and the international.

The domestic constituents complain that the President seems to be unavailable to them as he is constantly going on state visits. At the same time, he must also be seen to be actively engaged internationally. Botswana at this present time is riddled with a lot of challenges: the high unemployment rate, poverty, COVID-19. For the state to alleviate these, it needs both domestic and international actors.

No state is self-sufficing, and for each state to exist, it needs other states to help it achieve its national interest. That explains why states such as Cuba, which are communist and thereby do not subscribe to the popular notion of a dualism of capitalism and democracy, still enter into bilateral relations with other states that do not necessarily subscribe to its ideals or beliefs. 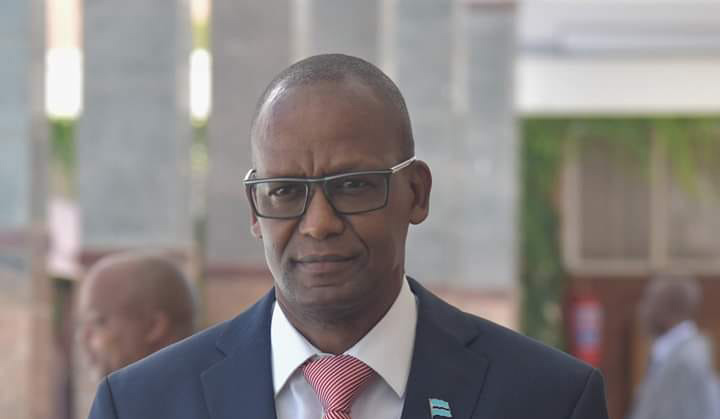 Under the current presidency, Botswana has been on a drive to lure investors and has undertaken several state visits for that endeavour. Lately the President’s attention has shifted towards southern Africa and the objective of this foreign policy behaviour is political. He is campaigning for Botswana’s national, Mr Elias Magosi, to assume the coveted Executive Secretary seat of the 16-member sub-regional body, SADC. The Secretariat is the body that facilitates implementation of SADC programmes and activities to meet its objectives and overall goal of poverty eradication and regional integration. The Executive Secretary is responsible for the overall strategic direction of the organisation. Only the DRC and Botswana can nominate candidates for the Executive Secretary. It was Botswana that first made its interest known and announced Mr Magosi’s candidacy. The DRC has since entered the race and fielded none other Mr Faustin Lunga Mukela, a highly decorated economist at the World Trade Organisation (WTO). It will be a fierce battle for the next coming months between Botswana and the DRC as both will be hoping to garner the most votes in August.

These are two different states. While Botswana has enjoyed decades of peace and democracy, the DRC has been riddled with internal conflict from the early 1960s to this day. This does not imply that Botswana can just relax and ignore the important work of canvassing for support. That means the President must go on a charm offensive to get his counterparts to support Botswana’s bid.

SADC headquarters is in Botswana, and having the Executive Secretary as a Botswana national will boost Botswana’s political profile. A good political profile will be good for the economic aspect of Botswana’s foreign policy. The nomination for Executive Secretary and winning it should not be taken lightly by the domestic constituents. This is not in any way a proposition for the state to ignore domestic constituents but advice to tactfully
satisfy both sides.

The campaign has seen President Masisi traversing most of Southern Africa – going to Zambia, Eswatini, South Africa, Namibia, Tanzania, Malawi and the DRC itself among others, much to the chagrin of domestic actors.

The citizens, the media and opposition politicians have voiced their displeasure at the President’s frequent state visits to other countries. President Masisi has obviously learnt from the mistakes of the past administration when the international community punished Botswana. Dr Pelonomi Venson-Moitoi vied for the Chairpersonship of the African Union commission (AUC) and her loss in January 2017 was attributed to the fact that then President Ian Khama had neglected the international actors. The former president did not attend African Union meetings. Former President of Zimbabwe, Robert Mugabe, publicly laid the blame on Khama. He was quoted as saying, “We worked hard.

They worked hard, sweat, they sweat, you sweat, we sweat (but) one man did not sweat. He stayed at home and expected that wonders would happen and they did not happen … We have not seen your president here. He does not attend our meetings and what would happen if we placed our organisation in your hands, in his hands?” Mugabe strongly implied that these were sentiments held by other African leaders.

No Changes Yet To PAYE/ PIT Rates